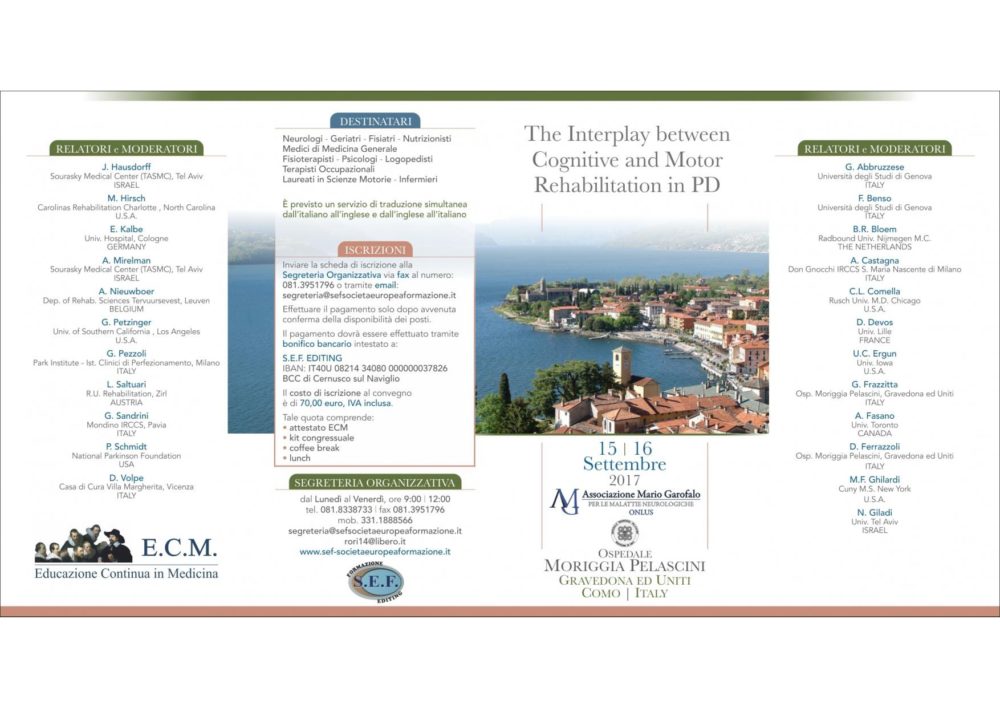 Parkinson’s disease is a neurodegenerative disorder charaterizedby motor symptoms associated with cognitive dysfunctions. Despite the pharmacological and surgical treatment,many symptoms tho the therapy. Recently, rehabilitation has been shown to be effettive on gait and balance as well as on cognitive functions. The aim of the workshop is to show the interplay between cognitive functions and motor symptoms, the scientific evidence of neuroplasticity induced by exercise, and the role of drugs in rehabilitation outcome. The workshop will highlight the importance of exercise on cognitive aspect and the of cognitive training in rehabilitation of patients with parkinsonism.